A Young Mother In Mississippi, USA Could Face Life In Prison For Giving Birth To A Stillborn Child 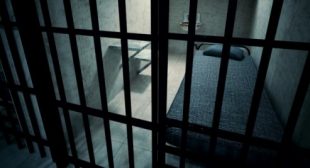 Under a controversial law in Mississippi that allows the state to prosecute women for causing harm to a fetus, Rennie Gibbs could be sentenced to life in prison because her daughter never took a breath.

As ProPublica reports, Gibbs was just 16 years old when she gave birth to a stillborn baby girl, who she named Samiya, back in 2006. Samiya was born premature, and medical records indicate that the umbilical cord was wrapped around her neck. But, since Samiya’s autopsy turned up traces of cocaine, Gibbs was indicted by a grand jury for “unlawfully, willfully, and feloniously” causing the death. If Gibbs receives the maximum sentence, she’ll spend the rest of her life behind bars.