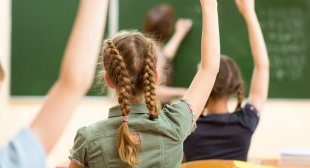 With public dollars, kids are being taught that the Great Depression was a hoax and that theories of evolution caused the Holocaust.

Where do these religious voucher schools get their so-called “facts”? One place is Christian publisher A Beka Book. Founded in 1972 by Arlin and Rebekah (aka, “Beka”) Horton, A Beka churns out a significant number of the textbooks used by such schools. Forty-three percent of the religious voucher schools that responded to a 2003 Palm Beach Post survey based their curricula on texts published by either A Beka Books or Bob Jones University Publishing. A Beka Book estimates that around 9,000 schools utilize their books.