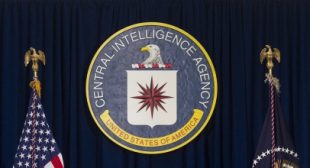 “Year Zero” introduces the scope and direction of the CIA’s global covert hacking program, its malware arsenal and dozens of “zero day” weaponized exploits against a wide range of U.S. and European company products, include Apple’s iPhone, Google’s Android and Microsoft’s Windows and even Samsung TVs, which are turned into covert microphones.

Since 2001 the CIA has gained political and budgetary preeminence over the U.S. National Security Agency (NSA). The CIA found itself building not just its now infamous drone fleet, but a very different type of covert, globe-spanning force — its own substantial fleet of hackers. The agency’s hacking division freed it from having to disclose its often controversial operations to the NSA (its primary bureaucratic rival) in order to draw on the NSA’s hacking capacities.

By the end of 2016, the CIA’s hacking division, which formally falls under the agency’s Center for Cyber Intelligence (CCI), had over 5000 registered users and had produced more than a thousand hacking systems, trojans, viruses, and other “weaponized” malware. Such is the scale of the CIA’s undertaking that by 2016, its hackers had utilized more code than that used to run Facebook. The CIA had created, in effect, its “own NSA” with even less accountability and without publicly answering the question as to whether such a massive budgetary spend on duplicating the capacities of a rival agency could be justified.

In a statement to WikiLeaks the source details policy questions that they say urgently need to be debated in public, including whether the CIA’s hacking capabilities exceed its mandated powers and the problem of public oversight of the agency. The source wishes to initiate a public debate about the security, creation, use, proliferation and democratic control of cyberweapons.