Why Glenn Greenwald’s new media venture is a big deal 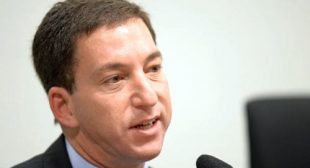 Glenn Greenwald, who has published many of the most important scoops from the Edward Snowden leaks, is leaving The Guardian and setting up a new media venture with long-time journalist Laura Poitras and Jeremy Scahill from The Nation. The venture is being funded by eBay founder Pierre Omidyar, who has suggested that he’s prepared to invest more than $250 million in the new venture.

This is big news for journalism.