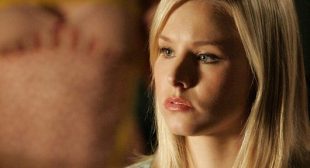 Seven years after TV show was taken off-air, the “Veronica Mars” movie debuts on Friday thanks to crowd funding service Kickstarter. Over 90,000 fans of the “Veronica Mars” TV show, which aired from 2004-2007, opened up their check books to the tune of $5.7 million to make the film a reality. The original Kickstarter campaign was for $2 million, but the contributions nearly tripled the original ask.

This proves how internet can keep artists going even without corporate funding, as long as it is kept free and open itself.