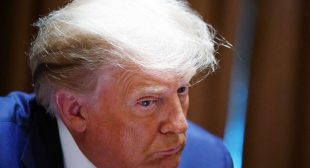 The decision surprised many, given Facebook’s rightward turn under the influence of Joel Kaplan, a former George W. Bush White House official who currently runs the social media giant’s powerful Washington, D.C. office. Time and again during the Trump administration, Facebook scrambled like a frog on a hot plate to rewire its rules in a way that made Trump’s gruesomely unacceptable proclamations palatable to the algorithms that run the site. Color me among the surprised; I would have lost a bet on this one.