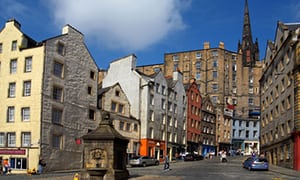 Universal basic income is, according to its many and various supporters, an idea whose time has come. The deceptively simple notion of offering every citizen a regular payment without means testing or requiring them to work for it has backers as disparate as Mark Zuckerberg, Stephen Hawking, Caroline Lucas and Richard Branson. Ed Miliband chose the concept to launch his ideas podcast Reasons to be Cheerful in the autumn.

But it is in Scotland that four councils face the task of turning basic income from a utopian fantasy to contemporary reality as they build the first pilot schemes in the UK, with the support of a £250,000 grant announced by the Scottish government last month and the explicit support of Nicola Sturgeon.