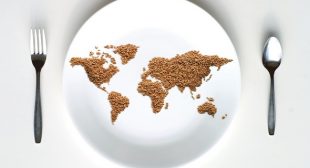 A new report submitted to the United Nations Human Rights Council on the “Right to Food” took aim at the entire basis on which food is produced and distributed on a global scale. Reflecting the type of progressive analysis of our food system from experts like Vandana Shiva and Michael Pollan, report author Olivier De Schutter called for an undermining of large agribusinesses and an infusion of democratic control.

Although the report’s recommendations are revolutionary, news of its release went largely unreported in the major U.S. media.