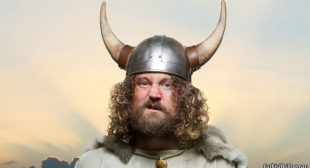 The four main Nordics—Sweden, Denmark, Norway and Finland—are doing rather well. If you had to be reborn anywhere in the world as a person with average talents and income, you would want to be a Viking. The Nordics cluster at the top of league tables of everything from economic competitiveness to social health to happiness. They have avoided both southern Europe’s economic sclerosis and America’s extreme inequality. Development theorists have taken to calling successful modernisation “getting to Denmark”. Meanwhile a region that was once synonymous with do-it-yourself furniture and Abba has even become a cultural haven, home to “The Killing”, Noma and “Angry Birds”.

As our special report this week explains, some of this is down to lucky timing: the Nordics cleverly managed to have their debt crisis in the 1990s. But the second reason why the Nordic model is in vogue is more interesting. To politicians around the world—especially in the debt-ridden West—they offer a blueprint of how to reform the public sector, making the state far more efficient and responsive.