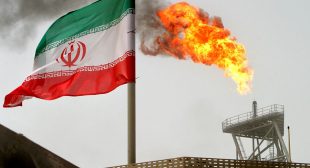 Iran has found a dozen new oil fields that could produce 30 billion barrels of crude and 128 trillion cubic feet of natural gas, according to Press TV quoting officials in Tehran.

Iranian oil output is about four million barrels per day (bpd), of which about 1.5 million bpd are used domestically. This means the new deposits will allow the country to cover its oil demand for almost 21 years. About 4.7 billion barrels of these reserves are recoverable, Press TV reported.