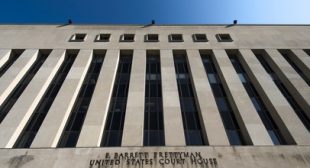 Friedrich, who issued a 20-page ruling on May 5 claiming the federal agency had overstepped its authority, wrote in an accompanying opinion that the eviction ban “is the role of the political branches, and not the courts.” Friedrich added that the “plain language” of the Public Health Service Act “unambiguously forecloses the nationwide eviction moratorium.” According to a recent study by research group National Equity Atlas, nearly 6 million Americans owe over $20 billion in rent debt — an average of over $3,300 each.