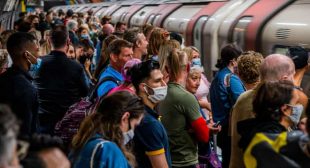 As September approaches, employers are increasingly asking workers to come in, with many offices adopting hybrid systems after months of working from home – prompting mixed emotions. Commuting can be both expensive and polluting. UK workers pay more of their salary in commuting costs than their EU counterparts and, before the pandemic, two-thirds of people travelled to work by car. But despite the costs, which also include time, some value the commute for separating their home and work lives.