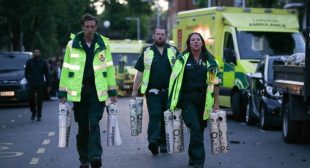 UK – Hero ambulance workers are revealed today as the hardest-hit of any major public sector group by the Tories’ brutal attack on pay.

A damning study by the TUC shows paramedics have seen their annual pay cut by a staggering £6,140 since 2010 in real terms.

NHS dieticians have also suffered a similar hit, with prisons officers close behind with a brutal £5,731 cut.