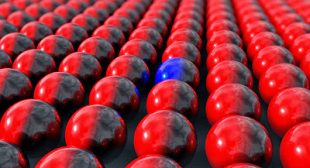 Is nonconformity and freethinking a mental illness? According to the newest addition of the DSM-IV (Diagnostic and Statistical Manual of Mental Disorders), it certainly is. The manual identifies a new mental illness called “oppositional defiant disorder” or ODD. Defined as an “ongoing pattern of disobedient, hostile and defiant behavior,” symptoms include questioning authority, negativity, defiance, argumentativeness, and being easily annoyed.

The DSM-IV is the manual used by psychiatrists to diagnose mental illnesses and, with each new edition, there are scores of new mental illnesses. Are we becoming sicker? Is it getting harder to be mentally healthy? Authors of the DSM-IV say that it’s because they’re better able to identify these illnesses today. Critics charge that it’s because they have too much time on their hands.